Popular lines of attack are app stores and phishing via SMS

Experts at G DATA CyberDefense counted more than 2.5 million malware apps for Android devices in 2021. According to the G DATA Mobile Security Report, the number of averted attack attempts has also increased by 21 percent within a year. Popular methods for infiltrating smartphones with malware are currently app stores, SMS phishing and manipulation at a repair service provider.

Attacks on smartphones with Android operating systems increased again in 2021 compared to 2020. The number of averted attack attempts increased by 21 percent, according to an analysis by G DATA CyberDefense. The pace of the attackers remains high - a new malicious Android app appears every twelve seconds. The lines of attack are manifold - via app stores, via SMS phishing, through manipulation at a repair service provider and through updates. Other security-related problems last year were security vulnerabilities in iOS and the Pegasus spyware, which in some countries is used against political opponents. 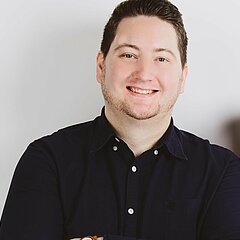 We are storing more and more personal data on smartphones, from access information for our social media channels or online banking, to payment apps for contactless payment.It is precisely this kind of information that is attractive to cyber criminals and can be turned into money in underground forums. There are always new tricks for installing malware on Android devices. But also already known attack attempts such as the false SMS with a link to the parcel tracking, although nothing was ordered at all, continue to lead to the target if people are careless.

Security researchers keep on exposing fake apps in the app stores. These look harmless, but contain malicious code contrary to the official description. If the users then grant far-reaching permissions in the installation process, the attackers can read off personal data or access the operating system remotely.

However, Google has invested a lot in the security of its app store and removes malicious apps immediately. But, if in any doubt, anyone who installs apps from a third-party provider should take a closer look because other app stores carry out far less stringent checks.

Installation via an app store is, however, only one of numerous gateways for cyber criminals. A popular scam in 2021 was phishing via SMS. Here, the attackers were exploiting the many people working from home as well as the trend in online ordering. The criminals sent out text messages en masse with delivery instructions for parcels. However, the link in the text message led to a fake website from which visitors downloaded and installed malware on their device.

Caution is also advised with updates. Here, the attackers send fake messages requesting an update for an installed app. The download link then leads back to a fake website from which users install an app containing malicious code.

A key rule for smartphone users is to never hand an unlocked mobile phone to a third party. Criminals only need a fraction of a second to manipulate mobile devices. This can also happen when checking a coronavirus warning app or when your device is being repaired by a service provider. 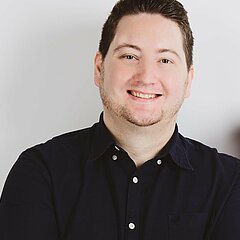 If you want to be on the safe side, you should install a security solution that also controls how apps access your personal data. Many users consider iOS to be a safer alternative to Android. But Apple's operating system also revealed numerous vulnerabilities last year that could only be fixed by updates. Here again, users have to remain vigilant.

Another talking point has been the Pegasus spyware. Pegasus is intended to be used to fight terrorism. However, investigations have shown that customers of Israeli manufacturer NSO have also been using Pegasus to monitor and spy on non-criminal individuals, including voices critical of the regime, for example members of the political opposition, journalists and people who are close to or who support human and civil rights movements.

In the coming years, cyber criminals will continue to attack mobile devices in order to harm users. With Android devices especially, cyber criminals benefit from the large number of operating versions that are still active. Some of these do not have the latest security updates, which makes it easier for the criminals to gain access. Anyone using a smartphone without a current security update should be aware of the danger and take precautions to protect their personal data. 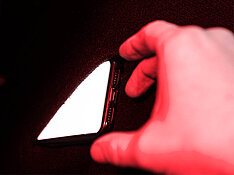