The situation with security for smartphones using the Android operating system is improving - albeit very slowly. A major reason for this is the large variety of versions used. In a two-part series, we highlight the current problems and give tips on how to improve the security of the devices.

Eleven years have passed since the launch of the first mobile phone with an Android operating system. Nowadays, the market share in Germany is over 80 percent. Although the very first version can no longer be found on current smartphones, various versions of the fourth generation, better known under the names of “Jelly Bean” and “Kitkat”, are still installed seven years after their first release. In May 2019, the share of what was then the most current version 9 (Pie) was 10.4 percent. The eighth generation of the operating system (Oreo) was running on more than 28 percent of the mobile devices. Even though Google has now released Android 10, little has changed with the generally fragmented situation. In addition, electronics stores are still allowed to sell out-of-date, unsafe Android smartphones without informing customers of the risks. A recent court ruling in Germany has confirmed this practice. So the responsibility lies with the consumer. 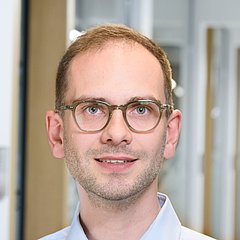 The problem with these old versions is that Google has long ceased to support them, so updates and security patches are no longer available. Using devices with old versions is very risky.

Before users panic and rush out to buy a new device with the latest version, the first piece of advice is to keep calm. The first important thing to do is to check which version is currently running on your smartphone. As a rule, this is a question no user can answer right away, but a quick look at the settings will help clarify things. Users can find the answer under Apps > Settings > About Device or About Phone > Android Version. If you have enabled “Automatic Updates” in the settings, you should usually be always up to date. However, each manufacturer has its own update policy, which further complicates the situation. Another catch is that, unfortunately, the latest version of an out-of-date operating system does not offer complete security. In addition to operating system updates, Android repeatedly rolls out security updates to close the latest gaps. These are also installed automatically. If you want to know more, you can find the most important information in the Android Security Bulletin. Google publishes details of the monthly updates here every month.

Over the past eleven years, the developers have continuously enhanced and improved Android. They have integrated new features and implemented special variants such as the Android “Go Edition” variant for low-end devices. This targeted devices with low RAM (1 GB or less), slow Internet connections and a smaller CPU. The current Android 10 system, on the other hand, offers improved support for data protection. For example, even access to the storage location or files in the background requires authorisation. Access to unique device identifiers is restricted. Other Android projects such as Treble or Pony EXpress (APEX) are discussed in more detail in the second part of this article.

However, the Android world is more complex than it appears at first glance. Besides version numbers, there are still API levels and NDK versions as well as platform encodings. In Android 8.0.0.0 (“Oreo”) and higher, individual builds are identified with the build ID format PVBB.YYMMDDD.bbb[.Cn]. But what lies behind this complicated sequence of letters and numbers, such as QD1A.190821.014.C2...?